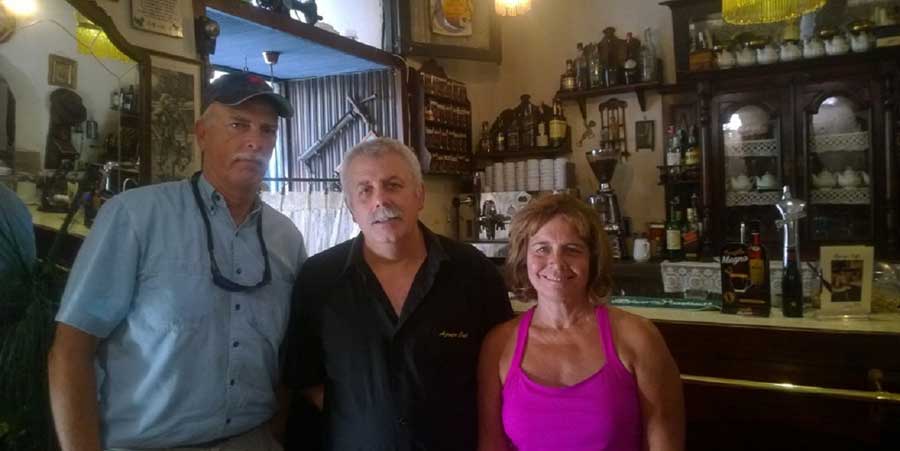 Posted at 07:22h in Walking tours by Irina Karasenko 0 Comments

There are many walks in Madrid. Walks through the Madrid of the Habsburgs and Bourbon dynasties , which are the most popular tourist routes, as well as those in elegant shopping areas and imposing buildings in the upper class Salamanca district. 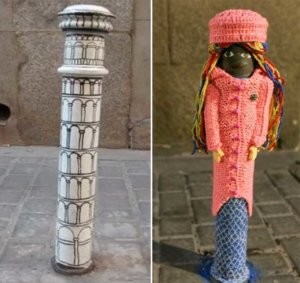 There is also a Madrid little known by tourists: The Madrid University Neighborhood. It features narrow streets scattered in different downtown areas sharing a common charm. Some are steep (Madrid, standing at more than 600 meters above sea level, is the highest capital of Europe), others are flat as the one seen in the photograph. They lack sidewalks. Pedestrians avoid walking in single file along the narrow corridors placed behind the bollards. Instead, they prefer the central area designed for vehicles. Few cars dare to use it. Drivers become immediately aware that they are invading streets which were designed at a time where traffic was nonexistent, no matter what the bollards’ presence attempts to ascertain. The colorful facades of buildings 3 or 4 floors high proudly exhibit their beautiful shapes. They are proof that neighbors and City Hall are set in maintaining a good appearance for visitors and locals alike. The tiny balconies of apartments display their artistic wrought iron railings, some of which are decorated with pots of geraniums or carnations, though I prefer them bare, so one can admire their creative ornaments free of distractions. The lattice of homes at ground level, aside from providing protection for potential hazards, enhance the buildings’ architectural style. It is to be noted that in the late nineteenth century many foundries emerged in the region of Madrid establishing the peculiar iron architecture which became an essential decorative element in the construction of balconies, fences and lampposts (see the ‘Elizabethan’ street lamp at the left of the photograph above). While strolling through these anonymous and evocative streets, one should look up at the rooftop terraces to discover small orchards, cozy gardens or greenhouses flourishing under the sheltering sky of Madrid. Time seems to stand still as we calmly walk through these enchanting streets, as if immersed in a placid immanent space.

In Malasaña neighborhood there is a very short street, which has its bollards painted. The ugly, gray bollards have been transvestites in figures of different nature. From a white Tower of Pisa to a well-dressed Bedouin in an orange vest. The artists gave here a free rein to their overflowing imagination. The bollards have turned the short street into a gallery of animated poles. It’s a good evidence that, apart from the walls, there are other supports for artists to create ‘art in the street’. 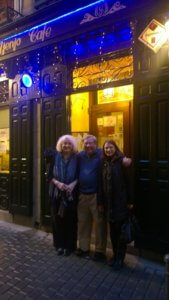 Galería de Robles is the name of this tiny, short street where the bollards are colored sculptures.  This is the same street as Bar Ajenjo. Helios, its owner, is the personification of the Extremadura bonhomie . Little can be told of the Cafe Ajenjo that its parishioners do not know. Supposing you have never visited it, you should ask for the carrot cake with the special coffee that most attracts you. And, while Helios is preparing it, you have to go through the rooms of Café Ajenjo until its back room. All rooms have a lot to say, because this Café is the only survivor in the area of that time of the Movida Madrileña ( cultural freedom movement emerged in Madrid after Franco’s death ). What a time, these days, will confess you the walls of Café Ajenjo. They will say that Alaska, El Zurdo, Carlos and Nacho sat at that table. When Alaska, the girl, was a punk school girl. And the 3 boys, talented and young pricks involved in the counterculture. Ajenjo walls will also tell about the gatherings that took place every day. The smoke of pot that thickened the atmosphere. And all novelists who came here to take inspiration and baste phrases that would later end up in award-winning novels; or maybe not. Anyway, Galería de Robles is a kind residue of those crazy Movida times in the Malasaña neighborhood. In our days, Barrio Malasaña is full of clandestine beer cans sellers, squatters and tourists. Its seems that they all prefer the ”Botellon” in the Plaza 2 de Mayo than to create good cultural stuff. It’s clear that the bustle of the streets has changed, like its people. 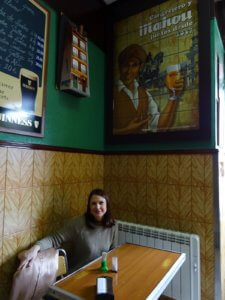 We left Malasaña and after a 5 minutes walk, we enter the Plaza Comendadoras at Conde Duque Madrid neighborhood. Some of its residents may remember the splendorous time of  the discotheque La Boite where loving couples were lovingly enraptured by ballads of O’Sullivan, Nilsson or Mac Davis. Outside, the night din and traffic annoyed mercilessly the rest of the neighborhood. In those times, in front of Boite, at street Amaniel 25, existed already for more than 30 years the Bar el Cangrejero. The founder, Máximo Peinado and his imperturbable son Ángel took care with diligence of the parishioners.  Even today the reputation of the Cangrejero as one of the best bars of draft beer is irrefutable. The lights of La Boite got extinguished, long time ago. But the shelves of the Cangrejero keep exposing its  polychrome beer jugs.  Like the shelves below are still filled with the best cans of conserves. Nor has Angel’s undaunted face changed. But no one has to be intimidated by his seriousness. Some time ago I dared to ask him which was the secret of his outstanding draft beer. Angel response was a meticulous description. From the best pressurization up to the perfect foam crown. All this, without having moved a single muscle in his face.

Café Ajenjo and El Cangrejero, in their respective styles, resist.   The genuine character of Ajenjo and Cangrejero are its strong selling points.  Walking at nightfall through Galería de Robles or Calle Amaniel are endearing pleasures.  However, a forbidden pleasure for tourists who don’t bother to walk out of the streets around Puerta del Sol and Plaza Mayor.